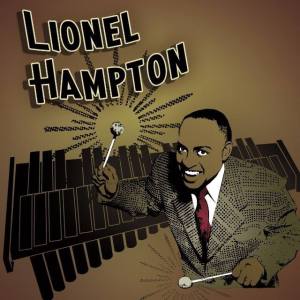 It’s live!  This year’s Big Band Revival transcription project bandleader is Lionel Hampton and we’re excited to announce that the song lineup will be three sets of big band tunes and two sets of small group tunes – more music for your listening ears, more bang for your buck in terms of contributing to the project.  If you’re not familiar with the past transcription projects (Chick Webb and Jimmie Lunceford), here’s the abbreviated version:

I am personally excited to be delving into the songs performed by Dinah Washington, who appeared with Lionel Hampton’s Orchestra in the 1940’s.  Dinah never recorded any records with Lionel’s orchestra (she did with his small groups), but a number of air check recordings exist of varying audio quality – I’m excited that these big band charts will be getting a second chance, to be heard in greater fidelity, and maybe someone will even record them someday!

Thank you in advance and thanks to everyone who has already donated – the music means so much to all of us, it’s amazing that this level of support exists from all of you who love swing music and want live swing music to continue to be a part of your lives.

I’ll be Knoxville-bound soon enough, but this is an extra special weekend because Michael Gamble and the Rhythm Serenaders Orchestra will have its debut performance at the Saturday night main dance at School of Hard Knox!  If you’ve been following the transcriptions projects and Indiegogo.com campaigns for Chick Webb, Jimmie Lunceford, and (soon to be launched) Lionel Hampton, you’ll know that Michael has spearheaded this endeavor and has all these great big band charts that should really continue to be heard outside of once a year at Lindy Focus.  It is my understanding that his new orchestra will be a showcase for these charts and bandleaders, so that more people can hear them, learn about them, and spread the love to other bandleaders, educators, music lovers, dancers, really anyone who may take an interest in this music.  Michael will probably also have some other things up his sleeve, so this will, at least in part, be a surprise for me as well!

If you are interested in learning more about what charts are available right now, visit the Heritage Sounds website – we are still in the process of clearing licenses for many more arrangements (which takes a long time), so stay tuned!

If you are interested in dancing, come take classes and dance at School of Hard Knox – there’s a stellar instructor lineup for the weekend, great DJs, and shenanigans to be had!

Here it is, 3 sets (and two encores!) of Chick Webb music in all its glory at Lindy Focus 2016!  As with any tribute, we hope that the band was able to capture the magic of a night at the Savoy Ballroom, with the most famous of the Savoy’s house bands.  Much love to everyone who contributed to the transcription project to make this dream a reality!

One of my favorite swing era bandleaders is Chick Webb, the king of the Savoy Ballroom and jazz drumming trailblazer, who incidentally hired my favorite jazz vocalist, Ella Fitzgerald, for her first gig as the “girl singer” in his band.  Chick Webb left this planet too early in 1939 and his legacy of songs lives in the recordings we listen and dance to, but the book of his arrangements is long gone.  Seeing a need and an opportunity to bring this music to life again, Michael and Jaya Gamble spearheaded an IndieGoGo campaign to raise money to transcribe 33 Chick Webb arrangements and make them available to the public following transcription and performance at Lindy Focus 2016.  The crowd funding goal of $17,000 was met in less than 24 hours and the swing dance community’s love and adoration of Chick Webb’s music is evident in this feat!

On December 29, 2016, the fruits of these labors will come to fruition in a performance of these transcribed Chick Webb charts, with Jonathan Stout leading the change with his Lindy Focus All Star Orchestra and I am beyond any measure of excited to be performing Ella Fitzgerald’s vocal tunes.  There is so much love in this project, so many people who want to share in this experience on many levels, it’s almost overwhelming for me to think about.  It’s all summarized here on the Lindy Focus page dedicated to this project, detailing the helpers, the backers, the list of songs and people who sponsored them, and the excitement continues to build up to the performance and, for some, the release of these charts so that other bands may carry this music into the future and perform it for an even bigger audience.

I am honored to be a part of the team putting all of this together, both as vocalist and working on the copyright aspects of the project.  Cheers to you all, I hope to see you on December 29 in Asheville!

Updated to add: you can now purchase arrangements at the Heritage Sounds website.